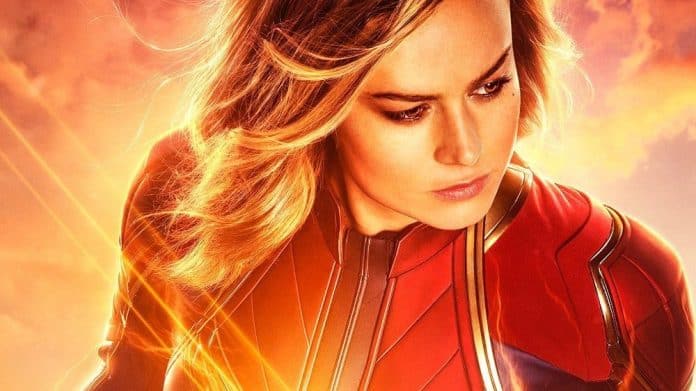 “No,” the actor admitted when asked by Vanity Fair if she knows when she’s doing the sequel. “I don’t really know what job I’m going to do next, which is very exciting. I don’t even know what my life’s gonna be! And most of this year, you know, I had to do the press tour. But then the last half of the year, I’ve just been focusing way more on just doing what I want to do that’s completely outside of my job. I just feel like it’s been this incubation time. Whether it’s incubation because I’m developing projects, and also incubation myself, being, like: OK, I’m going to be turning 30. I’ve been working a lot. I need to just like change it up and see what’s there for me — see who I am now. And which ways that I want to grow.”

Despite Marvel not featuring Larson or Carol Danvers in their immediate plans for the future, Larson – who won an Academy Award for her performance in Room – will certainly not be lacking for work in the meantime. She stars in the upcoming legal drama Just Mercy, in which she plays a civil rights activist working against mass incarceration. The film will see Larson reunited her with Short Term 12 director Destin Daniel Cretton and also stars another Marvel actor, Michael B. Jordan. She also recently moved behind the camera for her directorial debut Unicorn Store. Plus, she told Variety that she’s been working on writing some of her own material recently. She also intends to star in and likely direct a film for Netflix, Lady Business, about a young female entrepreneur.

Considering Marvel unveiled its full Phase Four slate at SDCC, it stands to reason that Captain Marvel 2 won’t arrive until 2022 at the earliest. If that’s the case, it will join other Phase Five projects such as Black Panther 2, Guardians of the Galaxy Vol. 3 and Blade, as well as whatever Feige and company might have planned for the X-Men and the Fantastic Four.

‘Star Trek: Picard’- First Glimpse- The End Is Only The Beginning