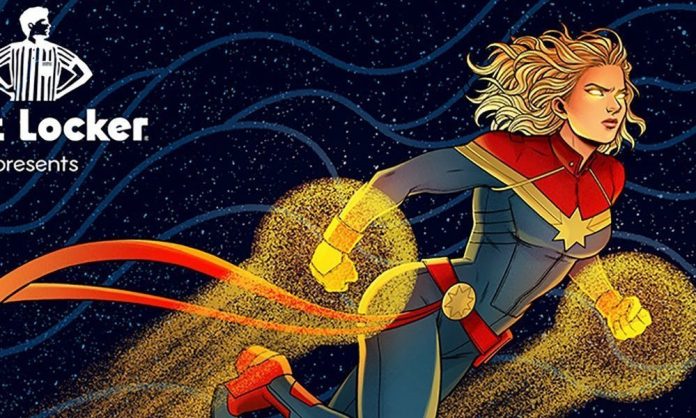 Captain Marvel fans will soon have another slick shoe design to choose from thanks to Adidas, Footlocker, and comic book artist Jen Bartel.

The pair of shoes was unveiled on Twitter by Bartel. She designed the sneakers as part of a collaboration to celebrate the film’s opening this Friday, which is also International Women’s Day. The Carol Danvers-inspired shoes have a cosmic aesthetic to it, with the shoe clearly depicting the star-laden reaches of the galaxy while maintaining the character’s core red, blue and yellow coloration. The shoes also boast the Hala star.

“I am overwhelmed, thank you all so much I’m so glad you like them!!!,” said Bartel, who is noted for her work on Image Comics’ Blackbird as well as posters for Hulu’s Runaways. “I wanted to create a design that was extremely wearable but unique and still had some elements of my illustration work.”

The shoes don’t seem to be available online just yet, but we’ll let you know when that changes.