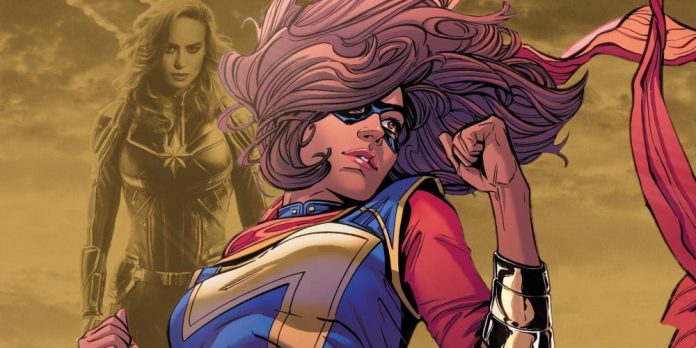 Captain Marvel star Brie Larson reveals which Marvel superhero she’d like to team up with in a sequel, naming Ms. Marvel aka. Kamala Khan.

At a press conference for the film held this week in Singapore, Larson was asked which superhero she’d like to share the screen within Captain Marvel 2. “My dream would be that Ms. Marvel gets to come into play,” she said, to applause.

Introduced in 2014 by Marvel Comics, Kamala Khan is a Pakistani-American teen from Jersey City, New Jersey. An Inhuman with shape-shifting abilities, she adopted the the name Ms. Marvel after her role model Carol Danvers, now known as Captain Marvel. Since her debut, Kamala has become a fan-favorite character who has worked alongside the Avengers and the Secret Warriors. She’s now the leader of the Champions, a group of teenage superheroes.

No matter what, once Carol Danvers is officially introduced in the MCU and joins the modern day fight against Thanos, she’ll still be a key member of this movie franchise in Phase 4 and beyond. That means she’ll likely get a sequel, and a Captain Marvel sequel would be a good opportunity for Marvel to bring Kamala Khan to life in live-action. The fans and Larson are already on board.