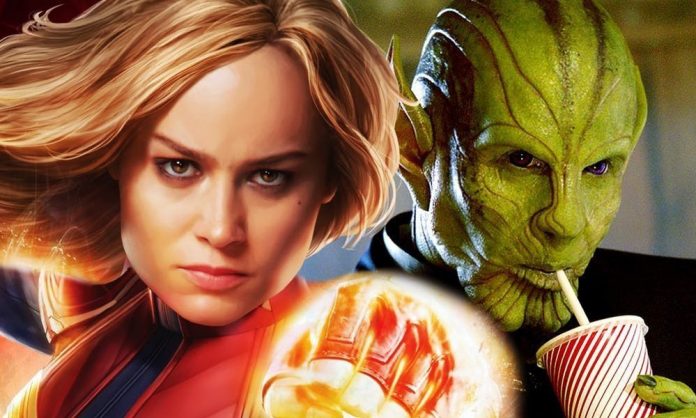 Brie Larson and some actors who played Skrulls in Captain Marvel danced to Salt-N-Pepa’s song “Push It” in a behind the scenes video from set.

In a video that surfaced on Twitter, Larson, dawning her Captain Marvel suit, is shown dancing on set with a group of actors in full Skrull costumes. Larson is shoeless and has her hands bound as she dances, while another actor casually performs the floss dance.