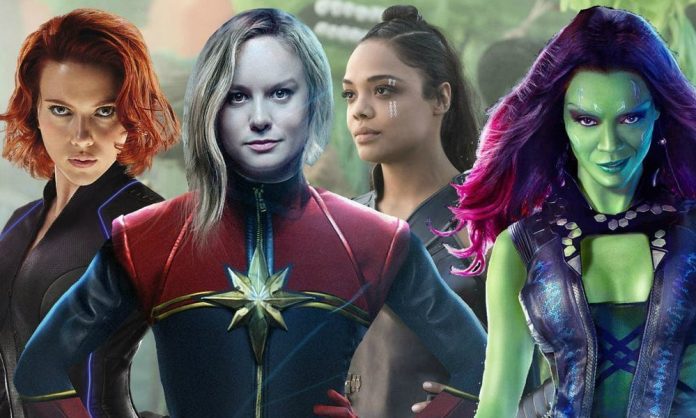 Brie Larson, who’ll soon make her Marvel debut as Carol Danvers in Captain Marvel, is expressing her interest in an all-female Avengers movie.

“I’m scared and I don’t know what the future holds either,” Larson said. “I’m not let into those top-secret meetings, so we’ll see. We’ll see what happens. I love all the female characters so much. So of course like that’s what I’m interested in. I’m super into an all-female Avengers movie. Yeah, I think that would just be, it would just be cool to see all of them interact together.”

This is not the first time that Marvel’s actresses have called for an all-female Avengers movie. Thor: Ragnarok star Tessa Thompson first pitched the idea to Marvel Studios president Kevin Feige in October 2017 — and she wasn’t alone. Scarlett Johanssen, Zoe Saldana, Pom Klementieff, Karen Gillan and yes, Brie Larson, all approached Feige to discuss such a project.

The future of the MCU depends on who makes it out alive in Avengers: Endgame. With the rumored use of time travel, any character has a fair chance to survive. But with the MCU heading into a new era, a few big deaths are inevitable. If the team lacks a leader in the wake of losing someone like Captain America or Iron Man, it makes sense that Captain Marvel would fill that gap.

There’s a very good chance that fans could see the women come together for a new Avengers team led by Carol Danvers. Larson seems highly capable of portraying her Captain Marvel role for the long-term and it would be exciting to see her interact with fellow women of her caliber. The MCU isn’t lacking when it comes to female superheroes, but one could argue that they deserve more time in the spotlight. Along with Valkyrie, Black Widow, Gamora, Mantis, and Nebula, the women of Black Panther definitely shouldn’t be forgotten. And let’s not forget the kind of damage the Wasp could surely do alongside a team of fellow women.