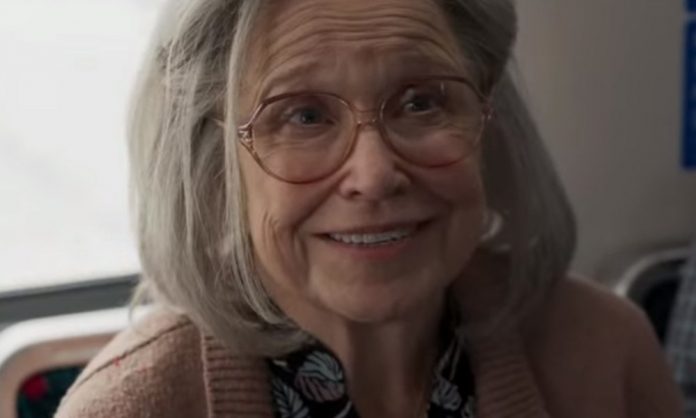 One of the biggest moments from the first trailer for Captain Marvel had the latest Marvel Cinematic Universe superhero slugging a Skrull disguised as a little old lady on a subway. According to directors Anna Boden and Ryan Fleck, the Skrull originally took on a much different appearance.

Co-directors Anna Boden and Ryan Fleck have already begun the dissection thanks to a new video from Vanity Fair in which they break down one of the film’s most memorable scenes, and reveal that it almost played out a bit differently. The scene in question occurs relatively early in the story (and has featured prominently in trailers), and involves the title hero (Brie Larson) pursuing a shape-shifting Skrull onto an elevated train while Nick Fury (Samuel L. Jackson) pursues them both in a car.

“We knew that we wanted to have a fight between Captain Marvel and whoever this Skrull was hiding in the skin of on the train,” explained Boden. “Initially we had thought ‘What if it’s a little kid?’ Like, wouldn’t that be funny to see her fight a little kid? And then we thought ‘No, but what if it’s like the sweetest, nicest looking grandma? The most innocent person you could imagine, the kind of grandma sweater, and the dress, and the stockings, and giving her glasses is just an added plus because you’re really never supposed to his somebody with glasses.”

Ultimately, the Skrull manages to trade blows with Captain Marvel as innocent bystanders watch the proceedings baffled by the display while showing how easily the extraterrestrial race can blend in with local populations.