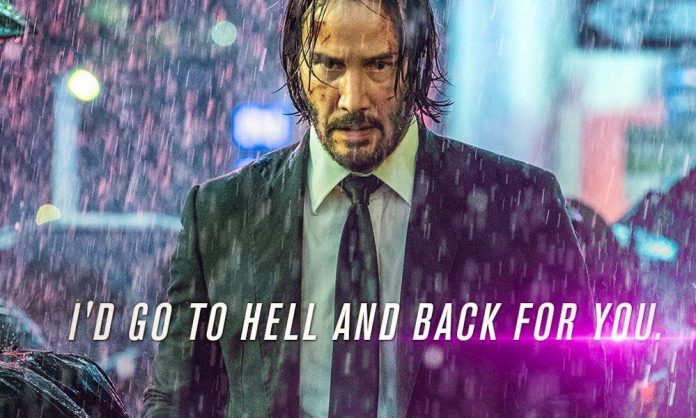 A series of John Wick: Chapter 3 – Parabellum Valentine’s Day e-cards have launched in promotion of the film’s upcoming release. As part of the film’s viral marketing, fans can sign up for text messages with the latest being a link to valentine.johnwick.movie where you can celebrate Valentine’s Day by sending a John Wick E-Card to someone special.

All in all, there were seven different cards released with stills from John Wick: Chapter 3 – Parabellum — each with a different phrase. From the “We make a great team” card, which features franchise star Keanu Reeves and Halle Berry, to “You’re my ride or die — which features Reeves riding a horse — there are more than enough choices to choose from.

So far, John Wick: Chapter 2 is the highest-grossing film in the franchise, having made over $171 million at the worldwide box office as its predecessor walked away with just $88 million. Since the franchise has since gained a cult following, the third flick will more than likely find itself atop the box office rankings for the franchise.

(Stan Lee Honored With His Own Beer)