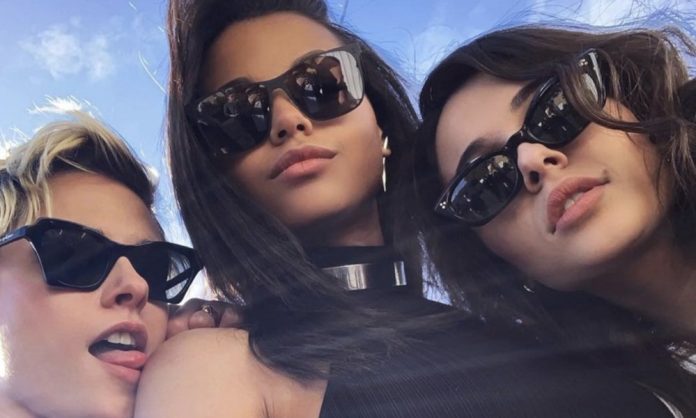 The Charlie’s Angels have assembled in style in a new photo.

On Twitter, Balinska posted a photo of the main Charlie’s Angels cast. All three women appear in black clothing and black sunglasses, with Stewart on the left, and Scott on the right. In the middle, Balinska grounds the photo with a power pose. All three women look the part, and all three have the resumes to suggest that the latest Charlie’s Angels reboot will be more than just popcorn fun. In addition, the primary cast has the international appeal to make the new franchise film a viable worldwide hit, one that could surpass the earnings of the first two films. Check out Balinska’s photo above.

The Charlie’s Angels remake will also include appearances from Sam Claflin, Noah Centineo, and Nat Faxon. Patrick Stewart, Djimon Hounsou, and Banks will reportedly play multiple different incarnations of Bosley. And with that cast on board, it sounds like fans should expect a well-intentioned remake of the original 1970s TV series.

(The Sandlot TV Show in Development with Original Cast)