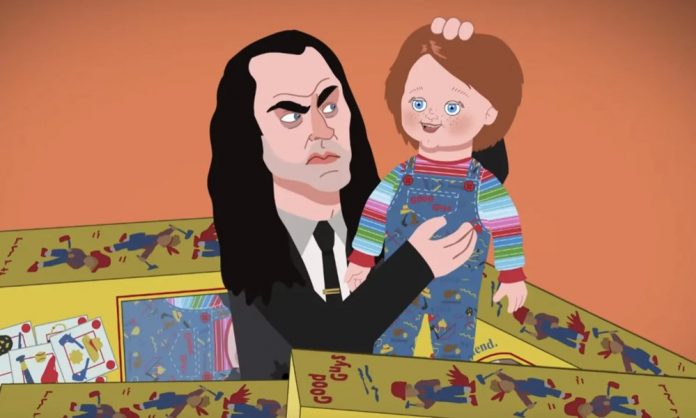 A new animated video shows the complete evolution of Chucky from the Child’s Play film series.

Courtesy of Entertainment Weekly, this video by Tell It Animated charts that history, exploring the evolution of Chucky from his first appearance in Child’s Play to the much larger-than-life doll murderer he later became.

Chucky has been at the center of many twisted storylines over the years, but the horror doesn’t seem to be ending anytime soon. Like Tell It Animated briefly mentioned, there are a few different Child’s Play projects coming down the pipeline. Coming out first is a Child’s Play reboot which stars Aubrey Plaza and Gabriel Bateman. A Chucky TV show is also coming to Syfy, although the series doesn’t currently have a release date. Mancini also had plans for a Freddy Krueger and Chucky crossover a few years ago, but that doesn’t seem to be happening any time soon.

While it’s unknown how much Chucky’s appearance will change in Mancini’s TV show, first look images of Chucky in Child’s Play show that Chucky is getting a complete redesign for the reboot. Many long-time horror fans are hesitant on Chucky’s new look, and even Mancini had a negative reaction to the reboot’s version of the character. Fans have to wait a few more months to see Chucky back on the big screen, but this animated video is a good way get caught up in the mean time.

(‘All That’ Stars Kenan and Kel Reunite Ahead of Nickelodeon Reboot)