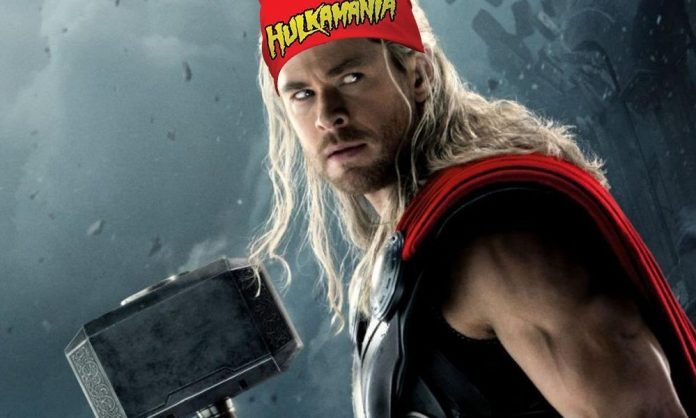 According to The Hollywood Reporter, Hemsworth will play Hogan in a biopic centered on the wrestler’s origins and rise. The movie will be directed by The Joker‘s Todd Phillips, with a script from 8 Mile‘s Scott Silver. Bradley Cooper will co-produce the film alongside Phillips, Hemsworth and former World Championship Wrestling President Eric Bischoff. Netflix and the production are reportedly in the closing stages of a deal to bring the film to that streaming platform.

Naturally, the internet went wild with their responses. Among those reactions was Evans, who took to Twitter to share his thoughts: “This might be the best news I’ve ever heard.”

Check out Evans tweet, reacting to the original story of Hemsworth being cast as Hulk Hogan, below!

Evans and Hemsworth will share the screen at least one more time. The two actors are slated to appear in Avengers: Endgame releasing this April but their futures with the Marvel Cinematic Universe beyond the massive ensemble remains unknown.