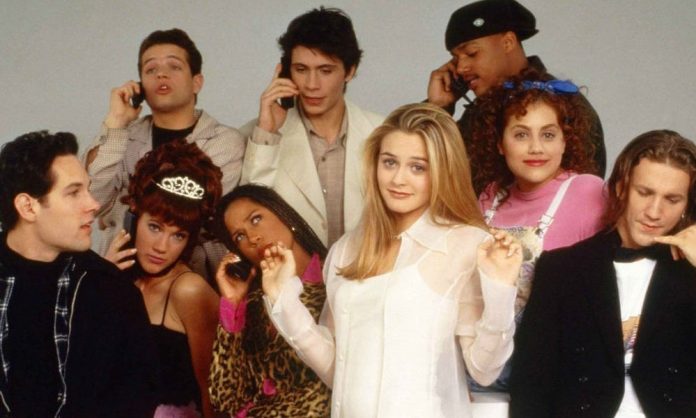 Alicia Silverstone reunited this weekend with her Clueless castmates Paul Rudd, Donald Faison and Breckin Meyer at Chicago Comic & Entertainment Expo on Saturday, March 23, and fans were like totally buggin’.

Clueless fans that weren’t able to attend the convention won’t have to worry, as Faison immortalized the reunion with a photo on his Instagram account.

“Rollin’ with the homies…” Faison, 44, who played Murray Duvall, captioned a photo with the trio on Instagram.

Out of these cast-members, only Faison appeared in the TV series, also titled Clueless, reprising his role as Murray. Silverstone was replaced with Rachel Blanchard, Rudd with David Lascher (although the character of Josh only appeared in the first three seasons), and Meyer’s character was cut out of the series. However, both Rudd and Meyer guest appeared in one episode each: Rudd as a character named Sonny, and Meyer as Harrison.

The film, based on Jane Austen’s book “Emma,” looks like it will be getting a second life. Tracy Oliver, who co-wrote the well-received comedy, “Girls Trip,” confirmed a reboot on Twitter last fall. Marquita Robinson, who writes for Netflix’s “Glow,” is writing the film’s script.

With a Clueless remake now in development, it’s unclear if any of the original cast members will return (either as part of the cast or as a fun cameo), but until then, fans can rejoice with seeing Cher, Travis, Murray, and Josh together again, 25 years later.

(The Lord of the Rings TV Series Reveal Unexpected Setting)