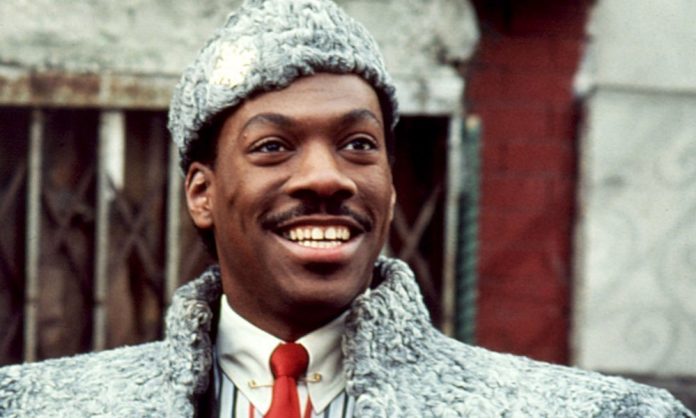 New details on Coming to America 2 reveal that Eddie Murphy will play the movie’s villain in addition to reprising the role of Prince Akeem.

Eddie Murphy is no stranger to playing multiple roles in his movies and Coming To America 2 will be no different. According to a source, Murphy is set to debut the villainous character, General Izzi, in the upcoming sequel to the 1988 comedy classic.

General Izzi is the warlike ruler of “Nextdoooria”, an adjacent nation suffering from extreme poverty. He wants to gain power in Zamunda and will do almost anything to achieve it.

General Izzi will likely be a threatening, yet very funny foil, to Murphy’s Prince Akeem. And given the current global political climate, Coming To America 2 will be Eddie Murphy’s chance to say what he wants to say.

Reportedly, the plot of Coming to America 2 sees Prince Akeem discovering he has a long lost son and setting out to find him so he can take his place as the heir to the throne of Zamunda. According to reports, James Earl Jones is set to return as Akeem’s father Jaffe, while Shari Headley is also coming back to play Lisa McDowell, the normal American girl Akeem ultimately fell in love with in the original movie. It’s not known what over characters might be coming back, but fans are hopeful Murphy will resurrect favorite Coming to America character Randy Watson, the soulful lead singer of Sexual Chocolate.