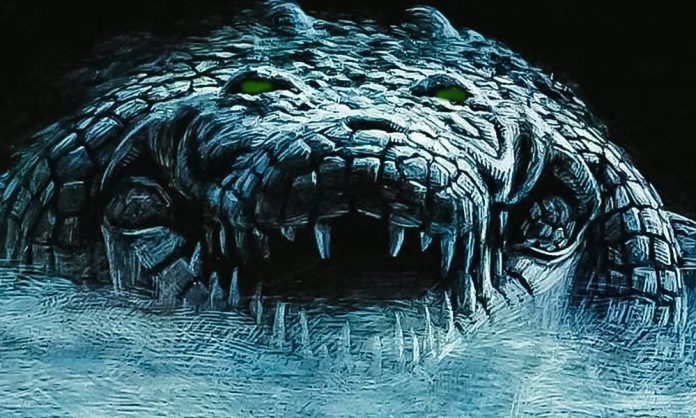 Paramount Pictures has released the first trailer for Crawl.

When a massive hurricane hits her Florida hometown, Haley (Kaya Scodelario) ignores evacuation orders to search for her missing father (Barry Pepper). Finding him gravely injured in the crawl space of their family home, the two become trapped by quickly encroaching floodwaters. As time runs out to escape the strengthening storm, Haley and her father discover that the rising water level is the least of their fears.

The trailer itself is tense, and violent. There are lots of bloody, gnarly shots of the gators getting the best of people. It looks like the kind of movie that will make someone sweat through their shirt while watching it, in the best of ways. Overall, it looks like the two things a big summer horror movie should be; fun and scary.

Crawl is a nail-biting horror thriller in theatres July 12, 2019.