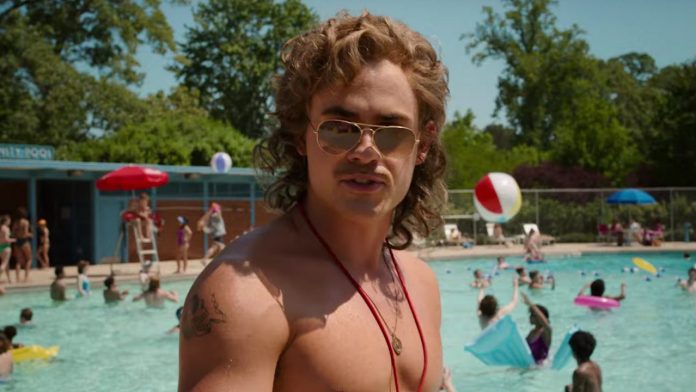 In the wake of Stranger Things Season 3, fan artist BossLogic has decided to share a fanart showcasing Montgomery replacing Jackman as Marvel’s new Wolverine. As expected, Montgomery looks pretty cool as Logan with his ratty jacket and his fat cigar.

Many names have been thrown around on who should pick up the Wolverine mantle from Hugh Jackman, including Game of Thrones alum Kit Harington and Venom star Tom Hardy. An interesting name that has also emerged on the internet is Montgomery. The 24-year-old Australian actor has become a fan-favorite after his performance as Billy Hargrove in Stranger Things, with many wanting him to join a comic book franchise soon.

This isn’t the first time that Boss Logic has championed Montgomery as a replacement for Jackman, either, as he created a different piece casting him as the character back when Stranger Things season 2 came out. See the picture below.

Unfortunately, it may take some time before we learn who will be the next Wolverine after Hugh Jackman, as Marvel Studios is reportedly in no rush to bring Wolverine and the X-Men into the Marvel Cinematic Universe.