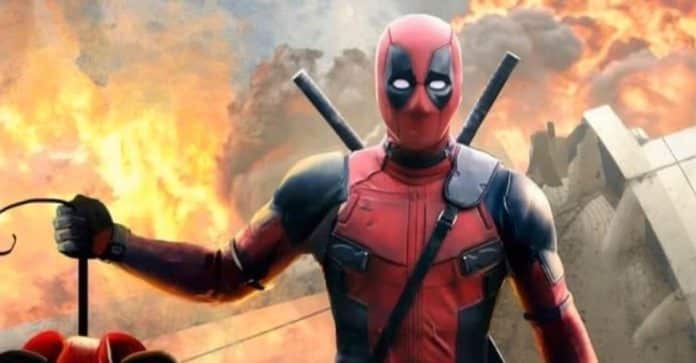 Deadpool creator Rob Liefeld throws shade at Disney by posting some gruesome Mickey Mouse art. Recently, Liefeld’s been expressing his disappointment at the lack of progress being made on Deadpool 3, blaming Marvel Studios for why it hasn’t happened yet. As most fans know, Disney now owns the Deadpool film rights, following their purchase of 20th Century Fox’s entertainment assets last year. The studio has already said they will not reboot Deadpool, but they haven’t confirmed when viewers will see the Merc With a Mouth on the big screen again.

Both of the previous Deadpool films were well-received box office hits, so it stands reason to believe a third installment will come into fruition at some point. Still, it doesn’t appear to be a pressing priority for Marvel Studios, which has a full slate of movies planned out through 2022 already. That is disappointing for Deadpool fans eager for Wade Wilson to go on another adventure, and Liefeld is once again voicing his frustration with the Mouse House.

In his Instagram story, Liefeld shared an image of Deadpool clutching a dead Mickey Mouse by the tail as he walks away from a Hollywood in flames. Mickey has been shot through the head, killed by Deadpool. Check out a screenshot of the illustration in the space below:

Late last year, Deadpool star Ryan Reynolds stated Deadpool 3 was in development at Disney, but the project appears to be in a bit of a holding pattern for now. It’s unknown when Marvel will actually move forward with it, and they probably won’t be able to for a few years. This is one of the downsides of Disney buying Fox in full effect. If Fox was still its own entity, there’s no question Deadpool 3 (or the X-Force spinoff) would have been officially green lit by now; Deadpool 2 was one of 2018’s biggest box office smashes (grossing $785.7 million worldwide). But now, Deadpool 3 is part of the Marvel machine, one of several sub-franchises the studio is working with. Marvel is still in the process of figuring out what to do with their newly-inherited Fox properties, so for now they’re keeping busy with a Phase 4 slate that mixes established MCU heroes (Black Widow, Thor: Love and Thunder) and introduces new IPs Disney already had the rights to prior to the Fox sale (Eternals).

In a dark, Deadpool way, this artwork is morbidly amusing, and there’s clearly nothing subtle about Liefeld’s gesture here. That said, it likely doesn’t do him any good to share it on social media, and at this point it’s overkill – particularly considering his previous shots at Disney. One can understand Liefeld’s frustrations with Disney to an extent; he’s obviously passionate about the character and would like to see Deadpool star in a new film soon, but something like this isn’t going to encourage Marvel to fast-track Deadpool 3 (especially with how full their plate is right now). Odds are, when it comes time to unveil Phase 5, fans will know how the Fox characters Disney inherited fit into the bigger picture. For now, Liefeld and Deadpool fans just need to be patient.