Home Movie News Dune Is Biggest Opening of the Pandemic for Warner Bros. 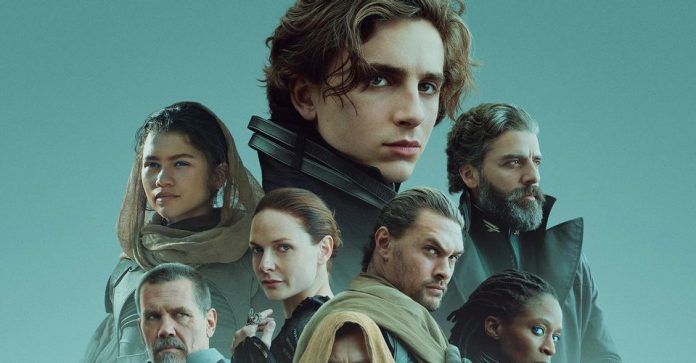 Dune defied all expectations and has become Warner Bros.’s biggest opening weekend of 2021 and the biggest for the studio since Joker in 2019. Based on Frank Herbert’s 1965 novel of the same name, Dune was a highly anticipated adaptation of a novel many believed to be unfilmable. With an all-star cast and a critically acclaimed director, Dune became one of the most anticipated films of the years for many.

Dune was originally scheduled to open in theaters on December 18, 2020  to capitalize on the boom sci-fi movies like Avatar and Star Wars had seen over the holidays. The COVID-19 pandemic delayed the film to 2021, where it became one of many high profile Warner Bros. movies to release day and date in theaters and on HBO Max. Given the material the film was adapting, plus the poor reaction David Lynch’s Dune received in 1984 alongside the ability to stream the film at home, it seemed like Dune had the odds stacked against it.

Previously, Warner Bros.’s biggest opening weekend since theaters shut down due to the COVID-19 pandemic was Godzilla vs. Kong with $31 million back in March 2021. While eight Warner Bros. movies have opened at the number 1 spot in 2021, many of the films (like The Suicide Squad) underperformed at the box office. Dune was able to sell itself as an event film that needed to be seen on the big screen, pushing formats like IMAX and Dolby heavily in the marketing. This is good news for The Matrix Resurrections‘ chances at the box office this December.

In a normal theatrical market, $40 million opening weekend for Dune, which has a reported budget of $165 million, would be disappointing, but due to the pandemic and the fact that the film is readily available to stream on HBO Max, Dune is an impressive winner given the circumstances. The film has already grossed $220 million at the worldwide box-office, meaning the chances of a Dune sequel are now more than likely. While some reports say Warner Bros. spent $300 million for distribution and marketing costs, the positive word of mouth and strong overseas ticket sales seem to indicate that Warner Bros. has a hit on their hand that could translate into an awards contender, which could be just what Dune needs to secure its sequel.