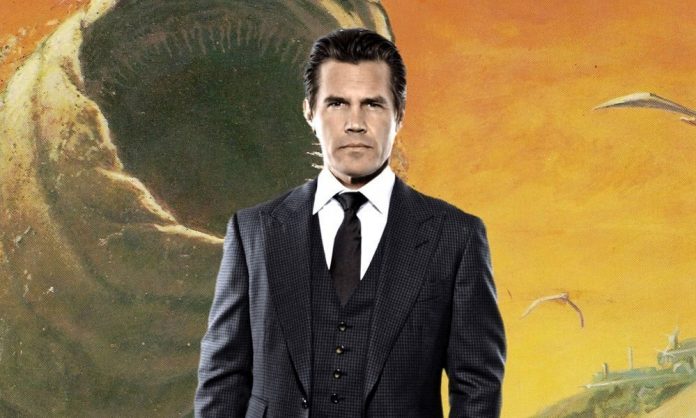 Dune, star Josh Brolin has posted a new photo showing off his preparation for his role as Gurney Halleck in the film, part of an ensemble cast featuring the likes of the Oscar-nominated Timothee Chalamet, Aquaman star Jason Momoa, and Spider-Man: Far From Home star Zendaya.

On Instagram, Brolin showed off his bruised and beaten up forearms as he prepares to become the weapons master to the Atreides family. Along with the photo, Brolin captioned the post with one of Halleck’s quotes as spoken to young Paul Atreides. “‘What has mood to do with it? You fight when the necessity arises — no matter the mood,” Brolin wrote. “Mood’s a thing for cattle or making love or playing the baliset. It’s not for fighting.’ — Frank Herbert, Dune.“

The official synopsis for Dune can be found below. The film is set to star Timothee Chalamet as Paul Atreides, Rebecca Ferguson as Lady Jessica, Oscar Isaac as Duke Leto Atreides, Josh Brolin as Gurney Halleck, Stellan Skarsgard as Baron Harkonnen, Jason Momoa as Duncan Idaho, Zendaya as Chani, Javier Bardem as Stilgar, and Charlotte Rampling as Gaius Helen Mohiam.

“A mythic and emotionally charged hero’s journey, Dune tells the story of Paul Atreides, a brilliant and gifted young man born into a great destiny beyond his understanding, who must travel to the most dangerous planet in the universe to ensure the future of his family and his people. As malevolent forces explode into conflict over the planet’s exclusive supply of the most precious resource in existence-a commodity capable of unlocking humanity’s greatest potential-only those who can conquer their fear will survive.”