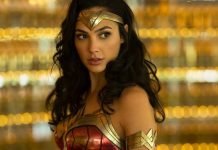 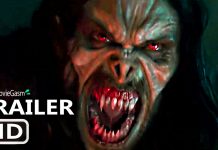 The short clip focuses on Skinny Pete, who is being questioned regarding the whereabouts of Aaron Paul’s Jesse Pinkman.

Skinny Pete tells his questioners that he has no idea where he [Jesse] is. “North, south, west, east, Mexico, the moon, I don’t have a clue,” he says. “Even if I did, I wouldn’t tell you.” He goes on to say that after seeing the cage Jesse has been kept in, there’s no way he’d help put him back in one.

Rather than showcase Aaron Paul back in his signature role, the trailer instead focuses on the larger story surrounding Jesse Pinkman. Jesse’s whereabouts and current state are unknown, but fans learn the DEA remains hot on his trail and are in pursuit of any lead they can find. That’s why Skinny Pete is being interrogated, but he unsurprisingly isn’t giving anything up. It’ll be interesting to see if Skinny Pete is actually completely in the dark, or if he’s covering for his friend.

The synopsis reads, “In the wake of his dramatic escape from captivity, Jesse must come to terms with his past in order to forge some kind of future.”