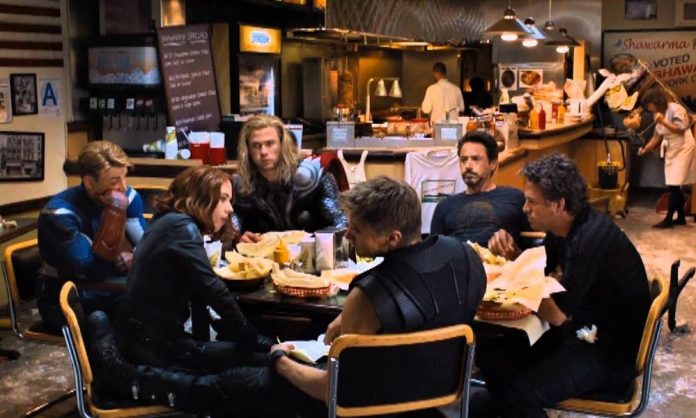 Shared on Twitter by Karen Gillan is a shot of the Avengers and their newfound allies such as Ant-Man and Nebula in the HQ ironing out their missions for the Time Heist while eating Chinese food in Endgame. In the caption, the actress wrote “Nebula’s first Chinese take away with the gang.” In the shot, Hawkeye and Captain America seem engrossed with a story Scott is telling while Black Widow laughs quietly. Meanwhile, the rest appear to be minding their own business with both Iron Man and Thor looking like they can’t be bothered. Check out the snap below:

Whether by design or happenstance, the framing of the image also bears a striking resemblance to the post-credits scene from 2012’s The Avengers, where the team ate shawarma after the Battle of New York. In both shots, the team sits around a table for a meal as Chris Evans rests his arms on the table while Robert Downey Jr. sits at attention.