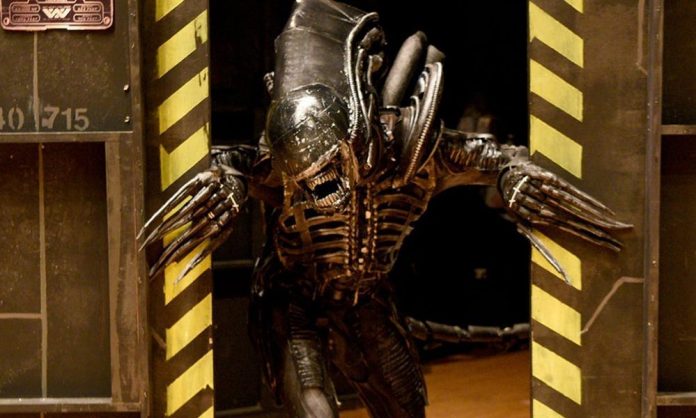 A high school performance of the sci-fi horror movie Alien has been now released online in its entirely.

North Bergen High School in New Jersey has posted the full play online complete with a special introduction and thank you from franchise star Sigourney Weaver. The acclaimed actress starred in the 1979 original film as well as its three direct sequels, 1986’s Aliens, 1992’s Alien 3, and 1997’s Alien: Resurrection.

The attention to detail in the props and sets is impressive enough for any amateur production, but when you consider that they were all made out of recycled materials, it becomes even more remarkable. It becomes especially impressive during key moments of the film such as the recreation of the dead Space Jockey’s chair, the facehugger bursting from its egg, Kane’s infamous death scene, and the final reveal of the xenomorph in its grotesque nightmarish glory, growling and hissing as it stalks the aisles in search of its prey.

Weaver had personally visited the high school over the weekend for the encore performance over the weekend, congratulating the cast and crew on their hard work for the production and appearing on stage to introduce the play for the audience in the recorded video. While it’s not clear what the high schoolers behind the production of Alien are planning to do next, it will certainly be something to watch out for.