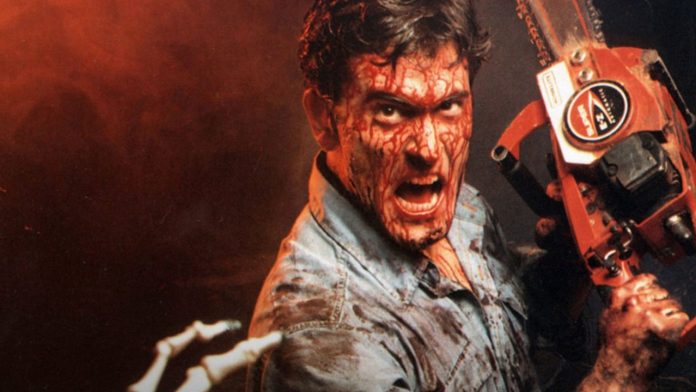 Director Sam Raimi says that he is exploring ideas for a new Evil Dead movie. The filmmaker recently confirmed that he is interested in developing a new film in the franchise and that Bruce Campbell and producer Rob Tapert are also involved.

“I’d love to make another one. I don’t think TV is in its future but we’re talking about – Bruce, Rob, and myself – one or two different ways to go for the next movie,” Raimi revealed to Bloody Disgusting. “We’d like to make another Evil Dead feature and in fact we’re working on some ideas right now.”

Raimi also mentioned that he’d like to work with Campbell again, but if the actor decides to keep Ash in retirement, then he would also be happy to work with Alvarez on a sequel to the reboot. Raimi also mentioned a third possibility for the film, but didn’t go into detail on what that might entail. Raimi concluded the interview by teasing that fans might hear some news about a new Evil Dead movie within six months.

Raimi started the Evil Dead franchise back in 1981 when he made the first film with his friend Bruce Campbell. Raimi returned to direct Evil Dead 2 and Army of Darkness, both of which have garnered a cult following like the original.

Campbell and Raimi returned in 2015 for the TV show Ash vs Evil Dead, but the series was canceled after three seasons. Campbell has since retired as Ash Williams, but Raimi revealed that a new film might be on the way.

Stay tuned for details on the Evil Dead series.