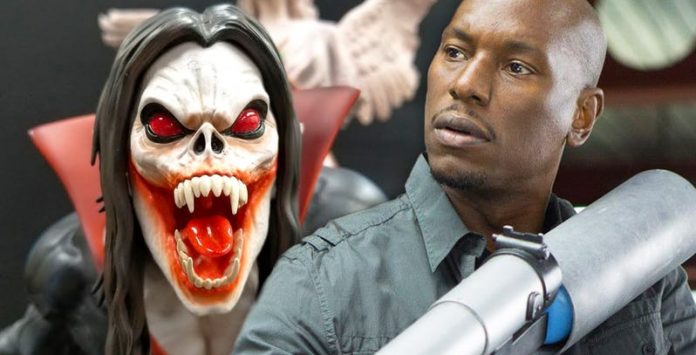 ‘Morbius’ cast member Tyrese Gibson confirmed in an Instagram post which Marvel character he’ll be playing in the film.

Gibson showed off the makeup process for the film, as well as using the caption #AgentStroud. This likely refers to the Marvel character Simon Stroud. Gibson was in talks for a role in the film last month, with reports that he would be playing an FBI agent tasked with hunting down Michael Morbius after the title character’s transformation into a “living vampire.”

‘Morbius’ is directed by Daniel Espinosa and stars Jared Leto as The Living Vampire. The movie is the second entry in Sony’s Universe of Marvel Characters following Tom Hardy’s ‘Venom’ It will hit theaters on July 31st, 2020.