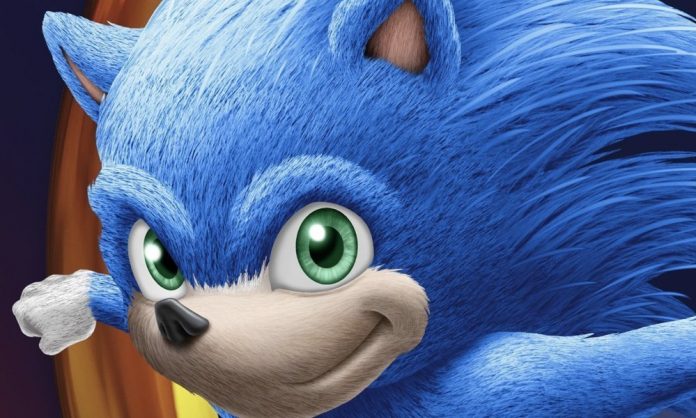 We’ve seen a silhouetted teaser poster and some mock-ups, but now we have a first proper look at Sonic The Hedgehog as he’ll appear in Paramount’s upcoming live-action video game adaptation.

A few new photos from the Sonic the Hedgehog film’s style guide have found their way online, thanks to Polygon and a now-deleted post from the ad agency Hamagami / Carroll, Inc., and the offer an interesting glimpse of a slightly more realistic, CGI Sonic.

While the design has dropped Sonic’s big eyes and more traditionally cartoony features, he now has fur all over his body. Additionally, Sonic’s mouth and abdomen have been covered in fur, and most strangely,  Sonic’s gloves have also been replaced by white fur.

But wait there’s more; what is said to be an actual CGI render of the character’s appearance in the film was leaked, looking even stranger than the 2D design. Additionally, it appears as though Sonic’s shoes are Nikes, implying that the company paid for the product placement—which possibly make the shoes from the Cortez line.

The film is in theaters Nov. 8, 2019. We will hold final judgment on this Sonic design until then. Probably.

(The Sandlot TV Show in Development with Original Cast)