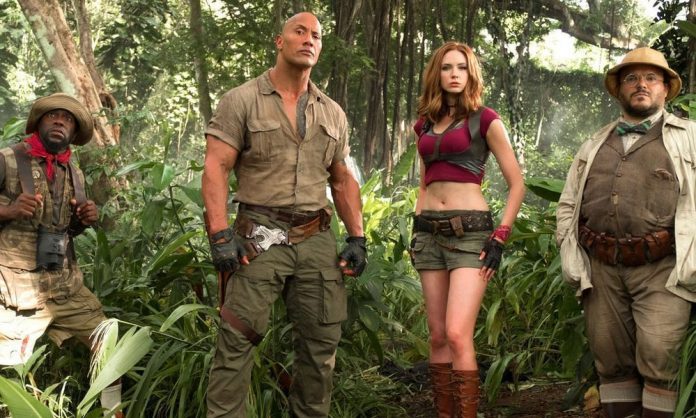 Dwayne “The Rock” Johnson has shared an official photo from the production of Jumanji 3, and it features the gang assembled for another wild adventure.

Johnson’s post indicates the new, as-yet untitled Jumanji film will drop around Christmas 2019. In addition to the aforementioned players, Danny DeVito, Danny Glover, Dania Ramirez and Awkwanfina are confirmed to join them in unannounced roles.

Sony announced that Jumanji 3 had started filming last month and this is the first look fans have been able to see. Rushing through production, the new movie is expected the be a reunion of sorts for the teens who got sucked into the game in the 2017 film.