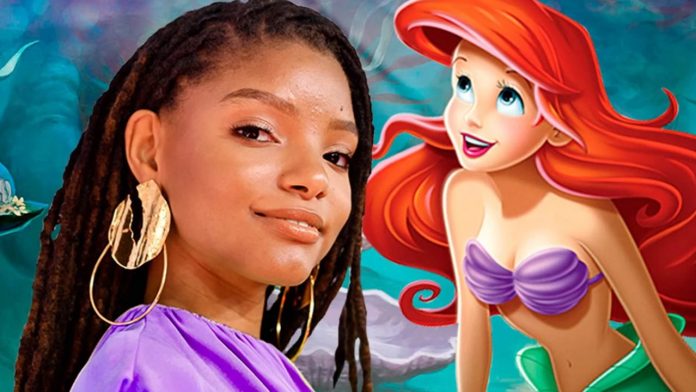 Freeform has responded to the negative backlash following Disney’s announcement that Grown-ish star Halle Bailey will star in the live-action remake of The Little Mermaid as the titular character, Ariel.

The official Freeform Twitter account posted a screenshot of an open letter directed at the “Poor, Unfortunate Souls” who found an issue with the role of Ariel being played by a non-Danish, black actor. The full statement — or dismantling of trolls, for lack of a better word — can be found below.

“Yes. The original author of ‘The Little Mermaid’ was Danish. Ariel…is a mermaid. She lives in an underwater kingdom in international waters and can legit swim wherever she wants (even though that often upsets King Triton, absolute zaddy). But for the sake of argument, let’s say that Ariel, too, is Danish. Danish mermaids can be black because Danish *people* can be black. Ariel can sneak up to the surface at any time with her pals Scuttle and the *ahem* Jamaican crab Sebastian (sorry, Flounder!) and keep that bronze base tight. Black Danish people, and thus mer-folk, can also *genetically* (!!!) have red hair. But spoiler alert – bring it back to the top – the character of Ariel is a work of fiction. So after all this is said and done, and you still cannot get past the idea that choosing the incredible, sensational, highly-talented, gorgeous Halle Bailey is anything other than the INSPIRED casting that it is because she “doesn’t look like the cartoon one”, oh boy, do I have some news for you…about you.”

The Little Mermaid will follow in the footsteps of other Disney reboots by including songs both classic and new. Original The Little Mermaid composer Alan Menken returns to pen the film’s new music, while Lin-Manuel Miranda is slated to provide lyrics.

The Little Mermaid does not yet have a release date.