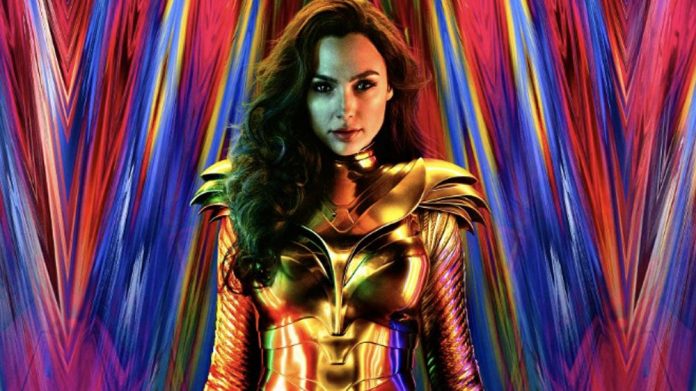 A new Wonder Woman 1984 promotional poster gives us a brand new look at Gal Gadot’s return as the Amazonian Princess.

The banner, revealed in an Instagram post, shows Princess Diana in her classic armor. While the first photo gives us a good look at her battle gear, the second photo offers viewers a small glimpse at the title of the film at the top of the banner.

The second set of photos from the same account shows another Wonder Woman 1984 banner, this time accompanied by fellow DC film Birds of Prey, among other projects.

Plot details remain under wraps however, the film will feature Gal Gadot reprising her role as the Amazonian Princess in the Cold War as she faces off against the Soviet Union in the 1980s and encounters a new adversary named Cheetah played by Kristen Wiig.