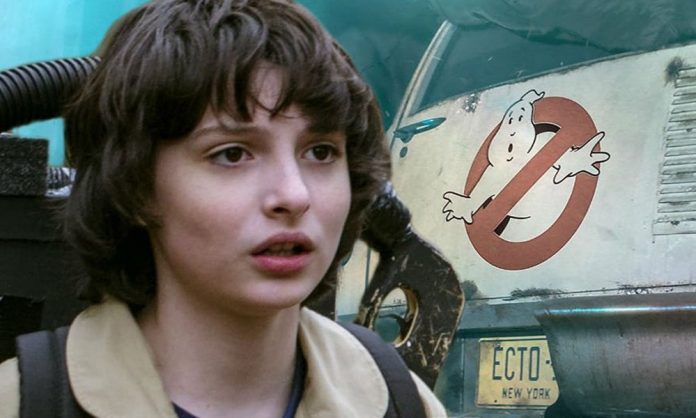 Stranger Things and IT star Finn Wolfhard didn’t know he’d be joining Ghostbusters 3 when he auditioned.

In a recent interview with MTV News, Wolfhard was asked about his top-secret role in the Jason Reitman-directed sequel. As he revealed, there’s very little he can actually say about the project — so much so that he didn’t even know what he was auditioning for.

“Hell no.” Wolfhard responded. “No, it’s all secret. It’s like, completely, you know… I didn’t even know what I was auditioning for when I auditioned for it… [It was] generic sides of like, a guy. And I was like ‘Okay?’ Nothing, nothing. There’s no giveaways.”

Of course, once Wolfhard learned that he was cast – and exactly what the project was – things began to make a bit more sense.

It isn’t particularly shocking that a film of this profile is shrouded in mystery. However, it seems as if the studio is particularly worried about any details of the sequel leaking to the public.

Wolfhard was revealed to be a part of the cast of Ghostbusters 3 in an announcement by director Jason Reitman. Little else is know about the film, other than that it will be a direct sequel to the original movie.Ghostbusters is slated to hit theaters on July 10th, 2020.

(‘Avatar 2’: James Cameron Reveals Jake and Neytiri Have a Daughter)