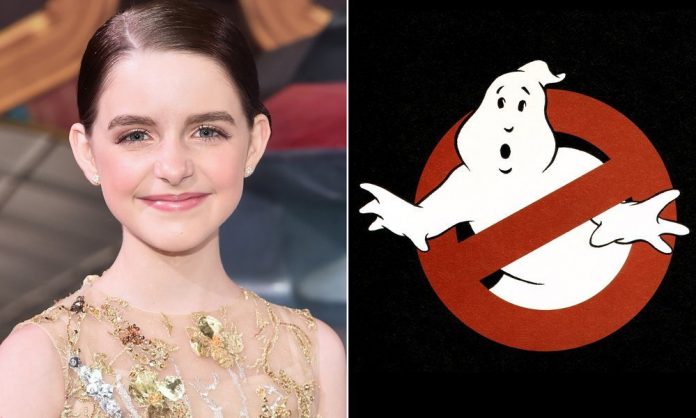 Details about the film’s narrative are minimal, with The Hollywood Reporter describing that it “centers on four teens, one set older, one set younger, with a focus on one family in particular.” Grace will reportedly play the main teen while Stranger Things star Finn Wolfhard will play her brother, while Carrie Coon will play the pair’s mother.

The project, which has been operating under the code name Rust City, is due to go before cameras this summer and is dated for a July 10, 2020, release. Ivan Reitman is producing.

Grace is on one of the hottest rolls a youngster can have in Hollywood. She is starring in Amazon’s coming-of-age movie Troop Zero, which premiered at Sundance earlier this year. She appears as the young Danvers in several flashbacks in Marvel, which is expected to cross the billion-dollar mark at the box office next week.

With the film being set in the original universe, fans have been wondering if original stars Bill Murray, Dan Aykroyd, or Ernie Hudson would return in some capacity. Both Aykroyd and Hudson have admitted they would be open to the idea, yet there has been no official confirmation that they would be involved.