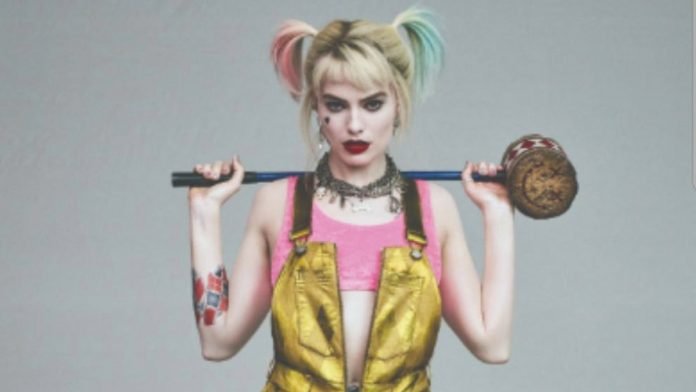 Birds of Prey recently wrapped production and we have a new look at Harley Quinn.

We’ve gotten a glimpse at some of the new characters while on set, and even a brief look at the Clown Princess of Crime herself, and now, we finally have a full look at the new costume Margot Robbie’s Harley Quinn will flaunt in the film.

As you can see, Harley is sporting a jumpsuit look with suspenders, but the gold coloring of the suit is in perfect keeping with the version of Harley that we first met in Suicide Squad.

Harley will also once again have pink-and-blue pigtails, and it looks like she will trade Suicide Squad‘s baseball bat for her signature mallet from the comics.

Birds of Prey (And the Fantabulous Emancipation of One Harley Quinn) is scheduled for release on Feb. 7, 2020.