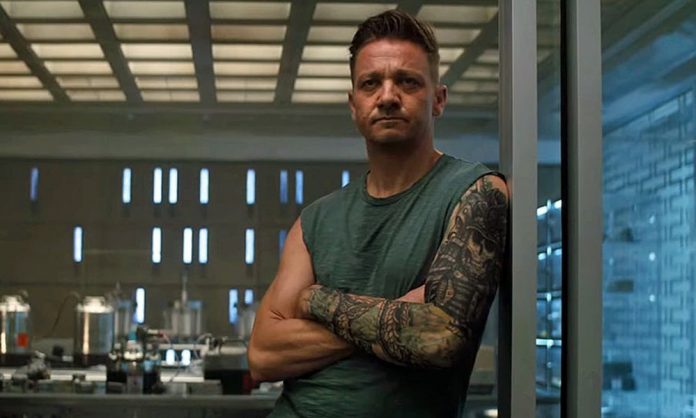 Marvel released a new trailer for the highly anticipated Avengers: Endgame, and while the new spot featured Iron Man and Captain America’s reunion, glimpses of Avengers HQ and the Guardians’ spaceship, a Pepper Potts sighting, and the return of Thanos, the most talked-about part of the trailer was Hawkeye’s new ink.

The sleeve is a new addition to the archer and S.H.I.E.L.D. operative formerly known as Hawkeye, and, along with the Ronin persona and mohawk hairstyle, marks a visible shift for Jeremy Renner’s character. With this darker side to his identity, what exactly does Clint Barton’s graphic new tattoo signify other than a potential midlife crisis?

At the top of the tattoo, you’ll see that it’s an illustration of a skeleton inside some traditional samurai gear. Or in other words, a ronin. Ronin refers to a samurai during the feudal period of Japan who was without a master or ruler. If a master of a samurai died, or the samurai fell out of said master’s favor, he became known as a ronin, and was left to his own devices. He was essentially nomadic, without a home to return to. The word ronin actually translates to “wandering man.”

In the previous trailer, Clint doesn’t have the tattoo as he coaches his daughter in archery at the family farm. That further strengthens the theory that Clint’s physical change is a direct result of losing his family, resulting in the adoption of the Ronin persona: The skeletal warrior symbolizing death and the faces on the tree are a memorial to those he seeks to avenge.