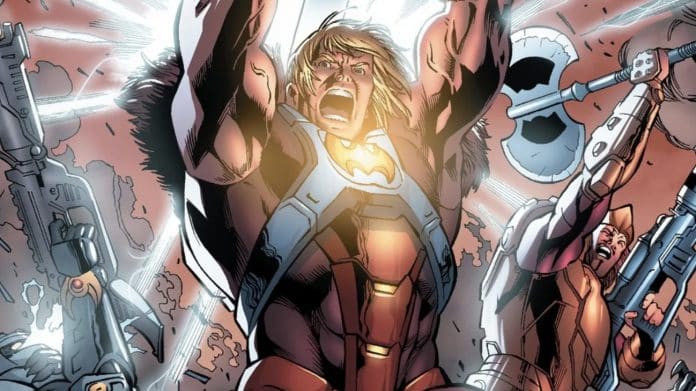 Sony is considering selling its slow-developing live-action Masters of the Universe movie reboot to Netflix rather than releasing it in theaters.

The Hollywood Reporter revealed earlier today that Sony is currently considering its options regarding the Masters of the Universe franchise. As it stands, Sony has its Masters of the Universe reboot slated to hit theaters in 2021, and while Noah Centineo (To All the Boys I’ve Loved Before) was in talks to play He-Man at one point, though, it’s currently unclear whether or not he’s still attached to the project. The actor did confirm his involvement in April but the outlet makes no mention of Centineo still being involved with the project.

According to THR, Sony is currently weighing whether or not to find a studio or financier to help with the cost of the project, or sell it to Netflix in hopes of avoiding a potential flop. On one hand, it’s an understandable decision. Outside of Spider-Man: Far From Home, which surpassed $1 billion at the worldwide box office, Sony has had plenty of losses this year including the Men in Black reboot, Men in Black: International. Along with notable losses, it’s said that concerns over the studio’s marketing costs were far too high, especially on films that seemed doomed prior to release.

Netflix would make sense as a new home for Masters of the Universe, should Sony decide to go that route. The streamer is already home to the popular animated series She-Ra and The Princesses of Power (a reboot of the 1980s He-Man spinoff), and has Kevin Smith serving as showrunner on its upcoming revival of the original He-Man and the Masters of the Universe cartoon series that ended in 1985.