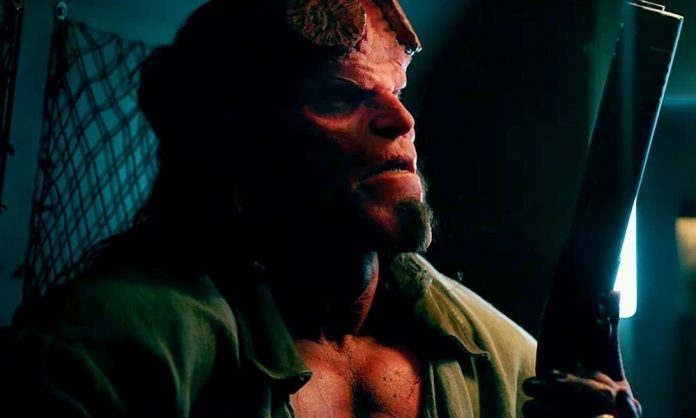 The Hellboy reboot has received an official R rating for its graphic violence, among other things.

The Dark Horse Comics adaptation of Mike Mignola’s fan-favorite demon hunter has been announced as rated R for bloody violence and gore throughout and language. This lives up to the cast and crew’s promise of a darker, more mature take on the property than Guillermo Del Toro’s two PG-13 rated films.

It was announced from the very beginning that the Hellboy reboot would be aiming for an R rating, unlike either of del Toro’s adaptations (which were both PG-13). The film’s cast and crew have stuck to their idea ever since, with David Harbour likening the reboot to R-rated superhero movies like Deadpool and Logan and Marshall describing the project as “more bloody and more violent”than its predecessors. The green-band Hellboy trailer even offered a small taste of the film’s mature content, showing Hellboy shooting monsters in the head and calling his co-workers, um, impolite names. Now, however, the R rating is officially official.

The MPAA has announced that Hellboy is rated R “for strong bloody violence and gore throughout, and language”. It wasn’t the only film to receive an R rating this week either, with upcoming movies like the Shaft sequel and comic book adaptation The Kitchen also being labeled “for mature audiences only”.