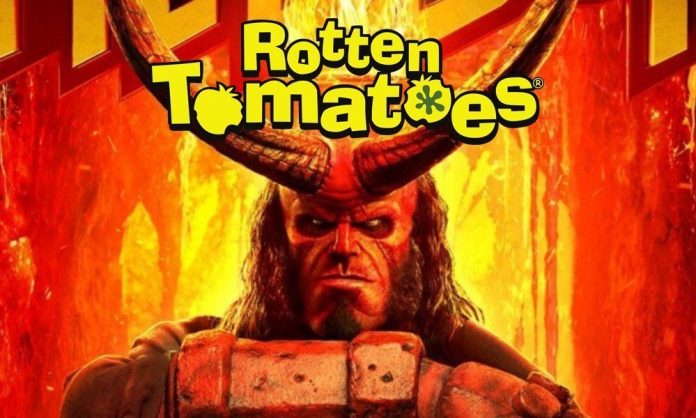 Rotten Tomatoes has officially released their Tomatometer score for Hellboy and it’s not looking good at all.

With the first 33 professional critic reviews in for the Dark Horse Comics adaptation, Hellboy‘s score on review aggregate site Rotten Tomatoes debuted Wednesday at an abysmal 9 percent. It’s since clawed its way to 13 percent as more reviews were added.

For anyone unfamiliar with how Rotten Tomatoes works, this means that only 11% of approved critics to see the movie so far gave it a positive review. With some critics describing Hellboy as “dull” and even “laughably absurd,” it’s starting to appear that the new Big Red is not going to be the blockbuster superhero producers had been hoping for. While there are certainly many times when filmgoers disagree with critics, perhaps it’s best not to walk into this one with high expectations. While the upcoming reboot’s final score will likely fluctuate as it receives a wide theatrical opening this weekend, it does not bode well for the film.