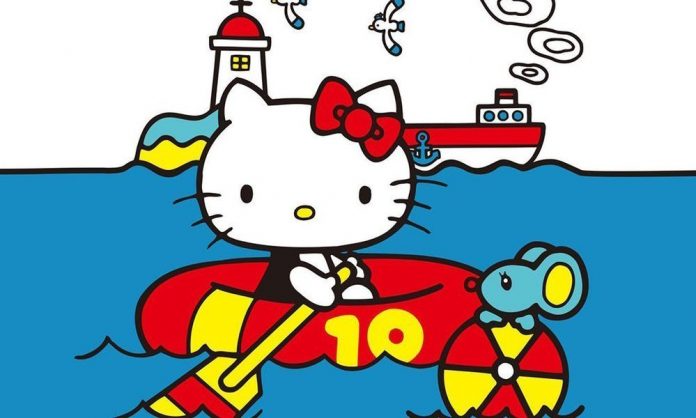 It was announced today that New Line Cinema, Sanrio and FlynnPictureCo. are planning to develop an English language film based on Hello Kitty.

Created by Yuko Shimizu for Sanrio Co. Ltd in 1974, the cartoon cat character has since become a globally recognized symbol of innocence and friendship. Though Sanrio have insisted over the years that Hello Kitty is not, in fact, a cat, everything about the character – aside from its wardrobe, red bow and mouth-less face – indicates otherwise.

The film marks the first movie deal outside of Japan in Sanrio’s 45-year history, as well as the first time the brand has granted film rights to Hello Kitty and other popular characters to a major film studio.

“I am extremely pleased that Hello Kitty and other popular Sanrio characters will be making their Hollywood debut,” said Sanrio CEO Shintaro Tsuji in a statement to Deadline. “Hello Kitty has long been a symbol of friendship and we hope this film will only serve to grow that circle of friendship around the world.”

Whatever choices are made with regard to the future of this film, it certainly has been a long time coming. One of the key elements to the character’s success to date is its cute, friendly demeanor as well as its instant accessibility to fans, whether they’re young or old, Japanese or not. That kind of character, when given the right ingredients, has every chance to raise itself to blockbuster status. What’s more, Hello Kitty’s fanbase is already built-in, meaning the film stands an even greater chance of finding success. Time will tell, of course, but even in these early stages, the prospects for Hello Kitty’s first big trip to America are looking good.