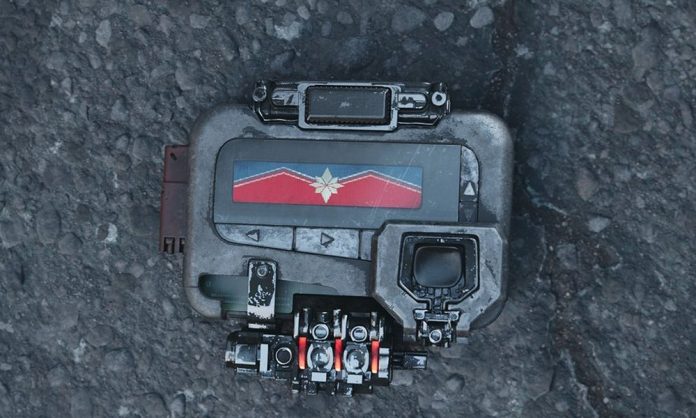 Kevin Feige provides an explanation for why Nick Fury didn’t call Captain Marvel prior to the end of Avengers: Infinity War.

In the post-credits scene of 2018’s Avengers: Infinity War, Nick Fury paged Carol Danvers before falling victim to Thanos’ snap. This stinger set up the titular hero’s debut in Captain Marvel, but it also left many fans wondering why Fury waited so long to call her in for backup. Marvel Studios President Kevin Feige has two answers for that question.

In an interview with /Film, Feige was asked point-blank about the pager issue. Citing a scene towards the end of Captain Marvel, Feige did the best he could to clear up the perceived plot hole using in-universe logic:

“Well, I’d say two things. One, she does say it’s gotta be a real emergency, right? Yeah… The other thing I’d say is how do you know he never hit it? How do we know he never pushed it before? We’ve never seen him push it before. That doesn’t mean he never did.”

Before Carol left to embark on her mission to help the Skrulls find a new home, she gave Fury stern orders that the pager was for emergency use only. It’s highly possible that Fury simply felt Loki’s Chitauri attack on New York, the emergence of Ultron, or any of the other problems Earth’s Mightiest have dealt with weren’t severe enough to call upon Captain Marvel. After all, there was an entire team of heroes assembled to deal with those incidents and Fury needed to know the Avenger Initiative could work. He knew S.H.I.E.L.D. couldn’t constantly rely on Captain Marvel as a “get out of jail free card,” especially since Carol had other responsibilities to take care of. She may not always be available, so Fury decided to put the planet’s fate in the hands of Iron Man, Captain America, and Thor until the worst happened.

Obviously, what took place at the end of Infinity War is a completely different scenario. The Avengers suffered their first real loss, with Thanos collecting all six Infinity Stones and wiping out half of the universe’s population. The surviving heroes are essentially in a catatonic state, unsure of what their next move should be. Clearly, that’s a sizable enough emergency for Fury to reach out to an old friend and hope she returns. Thanos’ snap didn’t just impact Earth, it impacted all planets with living creatures. No matter where Captain Marvel was at the time Fury sent out the signal, she was likely witnessing the effects of The Decimation. It’ll be interesting to see how she factors into Avengers: Endgame, but at least she’s back to provide whatever help she can.