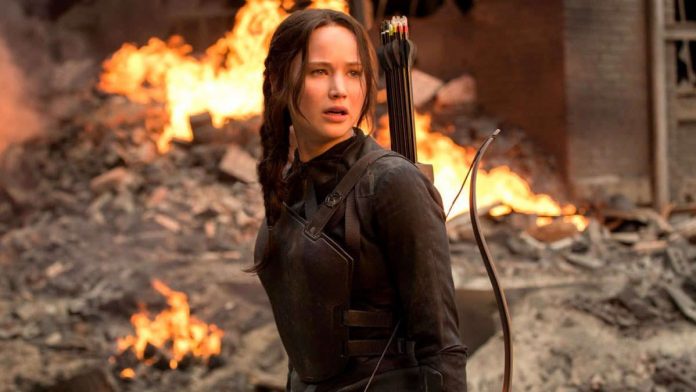 A new Hunger Games book is confirmed and due to be released in 2020.

The as-yet untitled novel releases May 19, 2020 and will be adapted into a film by Lionsgate, which brought the original Hunger Games trilogy to the big screen across four movies.

The prequel is set 64 years prior to the events of the original books, according to Deadline. It will take place on the morning of the 10th Hunger Games’ reaping and explore the reconstruction period after the war that split the nation of Panem.

Publisher Scholastic have now announced via their Twitter account that Suzanne Collins is working on a brand new The Hunger Games title due for release on May 19, 2020. Collins states:

“With this book, I wanted to explore the state of nature, who we are and what we perceive is required for our survival. The reconstruction period 10 years after the war, commonly referred to as the Dark Days – as the country of Panem struggles back to its feet – provides fertile ground for characters to grapple with these questions and thereby define their views of humanity”

Joe Drake, chairman of Lionsgate, the studio behind the original movie adaptations of The Hunger Games, has already strongly suggested that this book will find its way onto the big screen, stating to the Associated Press:

The Hunger Games prequel by Suzanne Collins will hit the shelves May 19, 2020. The release date of the movie adaptation is yet to be announced.