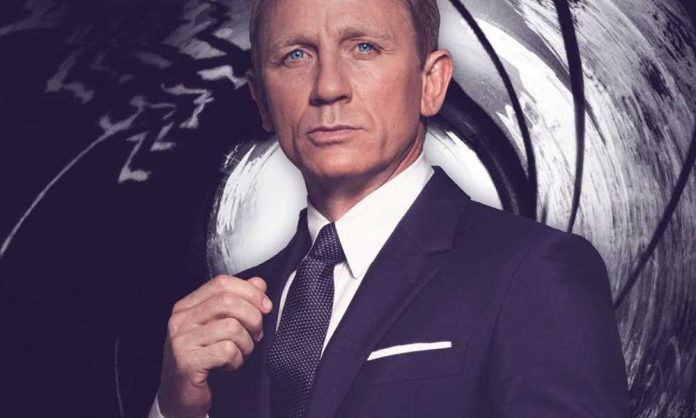 Production on Bond 25 is officially underway, and today some new photos taken of the set reveal our first look at a new villain character.

Shared by Express, the behind-the-scenes video is reportedly taken from principal photography and was shot at a lake 20 miles north of Oslo. It includes a young woman being chased by a Phantom of the Opera-inspired villain. It’s not totally clear when in the movie this takes place, though it’s entirely possible that this is a look at one of the main villain’s henchmen.

The scene taking place in the photos is described as being a chase where a young girl is “running away from a house while the unnerving masked man limps behind her.”

“At one point she stands on what seems to resemble a sheet of ice, before falling down – perhaps the point at which VFX could be used to have her disappear underwater. The presumed villain is then seen shooting at the floor and bending down – indicating he could try saving her, despite earlier giving chase. Full casting for the new movie has not yet been revealed, so it’s unclear who is playing the masked man and who is playing the child.”

Aside from the fact Daniel Craig will be back as 007 and rumors that Bohemian Rhapsody’s Rami Malek will be the big bad, there’s virtually no news on what will be going on in the spy franchise’s 25th entry.