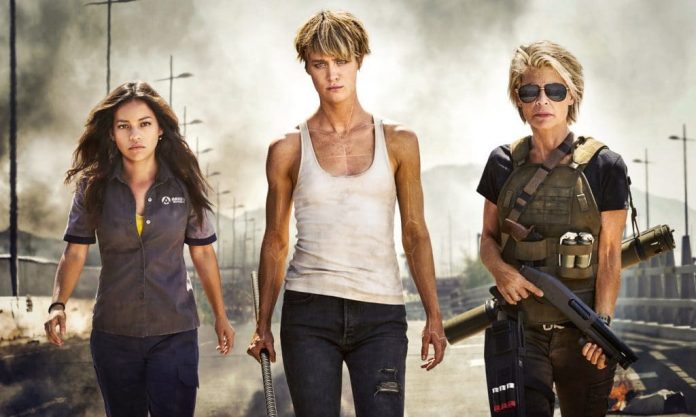 James Cameron has officially revealed the working title for the long-awaited sixth installment of the Terminator franchise. After calling the upcoming action flick Terminator 6 for some time, Cameron is making it somewhat official with an update on the title. Here’s what he said: “We’re calling it Dark Fate. So Terminator: Dark Fate. At least that’s our working title right now.”

The title gives us something to work with in terms of what to expect from the next Terminator movie. Dark Fate gives the film… well an implied “dark” tone. The use of the term “fate” certainly plays well into the time travel element of the Terminator franchise and stirs up a few chills about what exactly this “dark fate” will be. But remember, as the Terminator franchise has taught us, “There’s no fate but what we make for ourselves.”

Although it will be the sixth installment of the apocalyptic franchise, the new film will be taking the saga back to the roots first cultivated by Cameron. Wiping such underwhelming sequels as Terminator 3: Rise of the Machines and Terminator Genisys from the continuity, Terminator 6 will be a direct and belated follow-up to Terminator 2: Judgement Day.

Although many fans believe Terminator 2 to have featured the perfect ending – rendering subsequent sequels unnecessary –  the return of Cameron as executive producer served to satisfy some concerns. That feeling would turn to almost outright excitement when it was announced that both Arnold Schwarzenegger and Linda Hamilton would return to reprise their iconic roles.