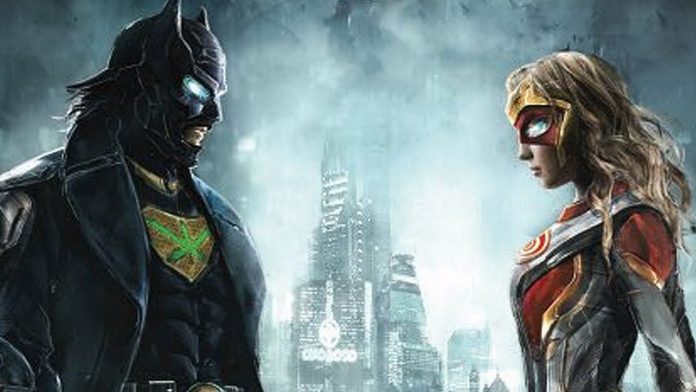 At San Diego Comic-Con this week fans will get to see the first trailer for Kevin Smith’s Jay and Silent Bob Reboot during the filmmaker’s Hall H panel on Saturday. Now, ahead of the big event, he’s also released the film’s first official poster, which features a female version of the super-stoner Chronic.

“This weekend at @comic_con, we’ll be debuting the @jayandsilentbob Reboot trailer during my Saturday night Hall H panel (right after the @marvelstudios panel)!” Smith wrote on Instagram. “It’ll go out to the world soon after, so folks are going to see much more of the cast, plot and in-movie artwork. So in anticipation, I’ll be sharing images from #jayandsilentbobreboot that I haven’t made public yet.”

“In the new adventure, #jayandsilentbob find out the old #bluntmanandchronic movie that was based on them is getting a Reboot – so they go back to Hollywood to stop it all over again!” he continued. “But as with any Reboot, the source material has been modernized – so the rebooted Bluntman movie (the reboot of the movie that starred @biggsjason and @vanderjames) now features a female Chronic! I won’t spoil who plays the new Bluntman and Chronic (it’s in the trailer), so I’ll take some guesses instead: Who’s Behind the Masks?”

Fans will get to see the red band trailer for Jay and Silent Bob Reboot at San Diego Comic-Con on Saturday. The film is expected to hit theaters this fall.