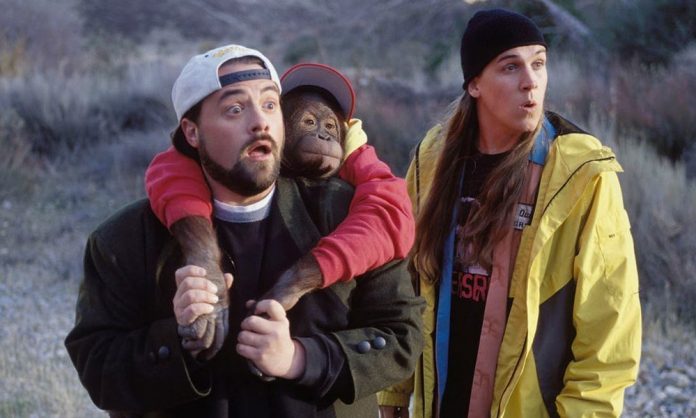 The Jay & Silent Bob reboot adds Joe Manganiello and Craig Robinson to the supporting cast among others.

The film’s director Kevin Smith Smith took to Instagram yesterday to share a photo of himself and Jason Mewes dressed as their iconic characters next to some familiar faces, including Joe Manganiello (True Blood), Craig Robinson (The Office), Frankie Shaw (SMILF), Justin Long (Tusk), and Jordan Monsanto (producer of multiple Smith projects).

For Smith, it’s been a trying decade in the spotlight, as his last three films performed poorly at the box office: Red State (2011), Tusk (2014), and Yoga Hosers (2016). In addition, Smith suffered a massive heart attack after a 2018 stand-up performance, which led to a significant weight loss and a new perspective. Smith is now an official spokesperson for Weight Watchers and reportedly has a vegan diet. Last month, the filmmaker appeared on CBS’ The Big Bang Theory and seems to be progressively moving forward with his career across various media platforms. With that said, Smith was targeted early this year by HBO host Bill Maher, this coming after the passing of Stan Lee, which led comic fans to publicly express their grief.

Smith’s latest Instagram post will surely please fans of the View Askewniverse. Hopefully, the Jay & Silent Bob reboot will be much more than a gathering of old friends.