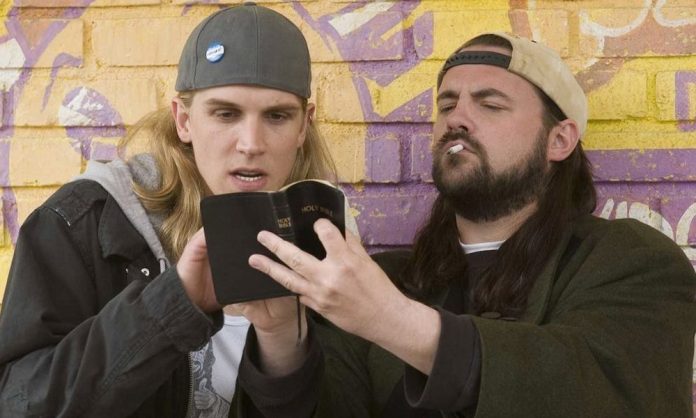 On his Twitter account, Smith posted a photo from the film’s set that teases the Blunt-Cave, the secret headquarters of the franchise’s fictional stoner superheroes Bluntman and Chronic. Based on the likenesses of Jay and Silent Bob as seen in Chasing Amy and Jay and Silent Bob Strike Back, the heroes fight crime while indulging in copious amounts of drugs.

In Jay and Silent Bob Strike Back, Smith and Mewes themselves played Bluntman & Chronic in the film-within-a-film, memorably taking on Mark Hamill’s villainous Cocknocker in a battle that ended with Smith and Hamill whipping out lightsabers. However, Kevin Smith indicates that in the reboot, different actors will take on the Bluntman & Chronic roles, though of course he does not name the actors (leaving fans to speculate about who he could mean).