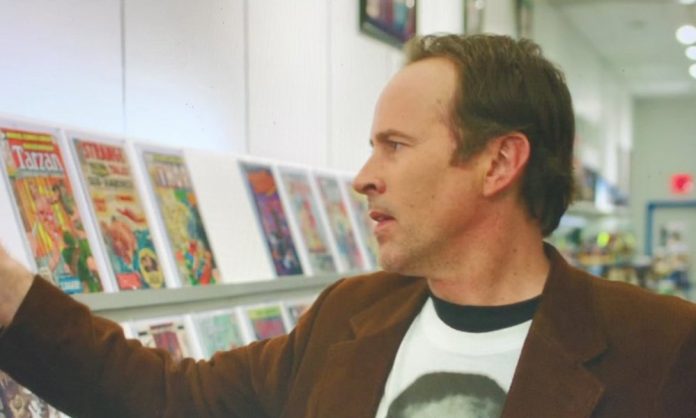 Jay & Silent Bob Reboot will feature a shout out to Captain Marvel.

Kevin Smith got emotional after the Stan Lee cameo in Captain Marvel was an acknowledgement to Mallrats, Smith’s 1995 film in which Lee had a fairly significant role. Now, Mallrats star Jason Lee is going to make a Captain Marvel reference in the forthcoming Jay & Silent Bob Reboot.

Smith announced the shout out — which will take place at Brodie’s Secret Stash, the comic shop owned by Lee’s character in Reboot — on Twitter, sharing a look at the scene. In the photo Smith shared, Lee is putting an issue of Captain Marvel#1, featuring a cover by Amanda Conner and Paul Mounts, on the wall in his comic shop.