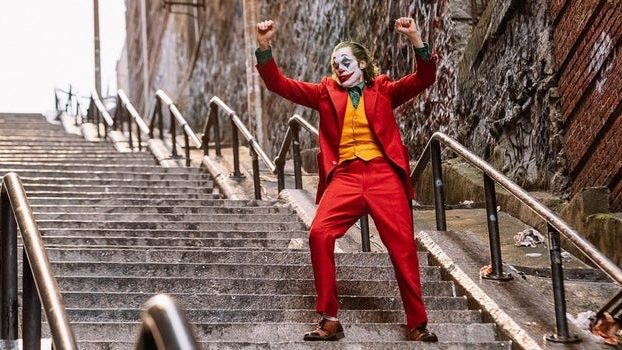 After reportedly receiving an eight-minute standing ovation following its premiere at the event, Todd Phillips’ Joker film has won the Venice Film Festival’s highest prize, making it the first comic book movie to win the award.

Joker has now been awarded the Golden Lion at the 76th annual Venice Film Festival, following the end of the festival on Saturday night, September 7. In a statement, Phillips thanked Warner Bros. and DC “for stepping out of their comfort zone and taking such a bold swing on me and this movie” during his acceptance speech for the award. He went on to praise Phoenix, who joined him on-stage, saying (via Variety):

“There is no movie without Joaquin Phoenix. Joaquin is the fiercest and brightest and most open-minded lion I know. Thank you for trusting me with your insane talent.”

Prior to its release, Joker was receiving Oscar buzz, with many thinking the movie might be a legitimate contender to take home some of the industry’s biggest awards. That talk has only increased following the movie’s debut, which received largely positive reviews and reactions from critics, with Joaquin Phoenix’s performance as Arthur Fleck/Joker being singled out in particular.