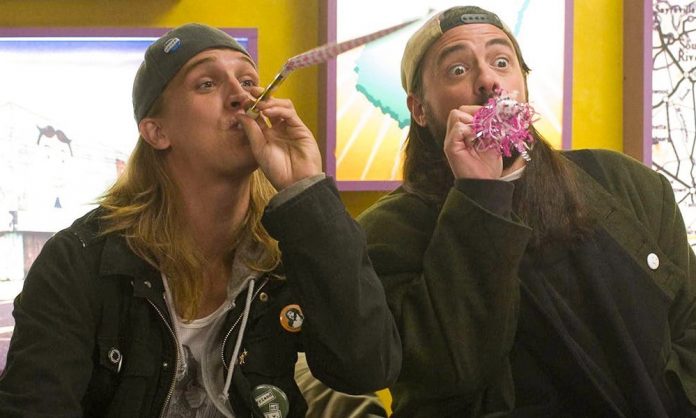 Kevin Smith says that production on Jay and Silent Bob Reboot will begin next week. The director took to Twitter earlier today to make the announcement, making sure to point out it’s been nearly two years since he first started writing the film.

Last month, it was revealed that Saban Films had acquired the North American distribution rights for the sequel, a movie Smith says is going to be even more meta than the first movie.

The Jay and Silent Bob characters have been a major ongoing part of Smith’s filmmaking, with the pair having first been introduced in his 1994 debut Clerks. Since that time, the stoner duo (played by Smith and Mewes) have been recurring characters in many of Smith’s films. As their popularity grew to cult status levels, they appeared together in their own feature film and have since branched out into everything from TV to a video game to a new VR series. Arguably one of the most well known carry-overs from Smith’s body of work, Jay and Silent Bob continue to offer comedic mileage some twenty-five years after first appearing on movie screens around the world.
Are you looking forward to the Jay and Silent Bob sequel? Let us know your thoughts in the comments below!