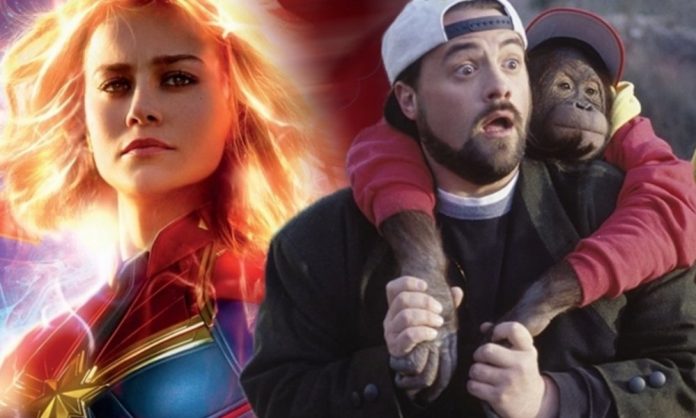 Filmmaker Kevin Smith got emotional after watching himself get referenced in Captain Marvel.

Kevin Smith knew about his shout out in Captain Marvel ahead of time, but he had yet to see it on the big screen until yesterday. The writer/director posted a picture of his face, fresh with red eyes and tears from seeing the movie for the first time. While Smith is extremely happy about the cameo, he does have a pretty important question, which you can read below.

For Smith, it’s been a trying decade as a filmmaker, as his last three movies performed poorly at the box office: Red State (2011), Tusk (2014), and Yoga Hosers (2016). Smith also suffered a massive heart attack in 2018. With that said, the director appears to be moving forward with his career, as he’s currently making a Jay & Silent Bob reboot and recently appeared as himself on CBS’ The Big Bang Theory. In 1994, Smith released the breakthrough indie hit Clerks, and followed that up with the 1995 film Mallrats, of which Captain Marvel references.