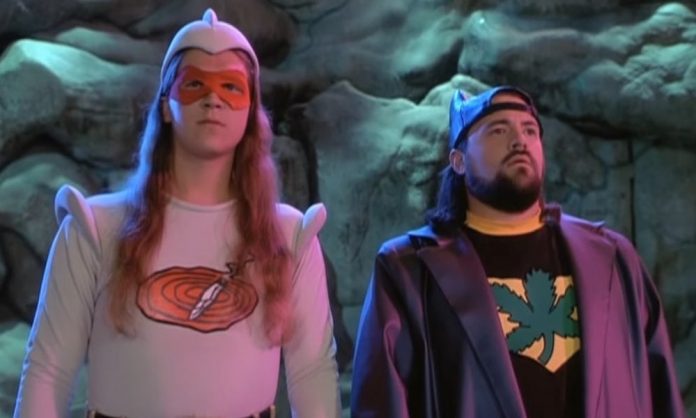 Titled “Road to Reboot,” Smith hosts the behind-the-scenes look along with co-star Jason Mewes, providing a first look at several of the movie’s filming locations including a courtroom, a shopping mall and an airport.

Smith leads the department heads of the production around the New Orleans shooting locations on a tech scout to determine, from a logistical behind-the-scenes standpoint what each filming sequence will require.

Jay & Silent Bob Reboot has been in the works for years, but Kevin Smith has really put a focus on the project over the past few years. The director is always good with sharing his thoughts on social media, but he has a new lease on life since his heart attack and is going through and giving long-time fans a cool and unique look at his creative process. It’s almost like the bonus material from a DVD as the production is happening and it’s a really cool gift for fans who have been waiting for this sequel.