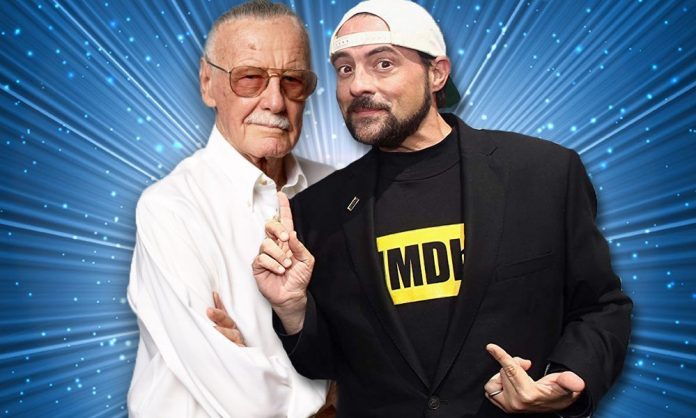 During the film, Lee finally gets to play himself, appearing briefly onscreen as he read the script for Smith’s 1995 film Mallrats. While Captain Marvel searched for the Skrulls on a train, Lee was rehearsing his line, “Trust me, true believers.”

In a video posted on his YouTube channel, Smith explained that the Captain Marvel cameo was shot a few months before Lee’s death and he was “physically weakened” due to his poor health. As a result, Lee’s voice wasn’t “quite there” and Feige needed to call Smith to see if there were alternate takes from Mallrats Marvel could use for ADR purposes. Smith didn’t have them himself, but referenced Feige to Universal. Watch Smith explain in video below.

Lee has two more cameos coming up in Avengers: Endgame and Spider-Man: Far From Home. Obviously, details surrounding both of those are being kept firmly under wraps, but it’ll nevertheless be interesting to see what takes place in them.