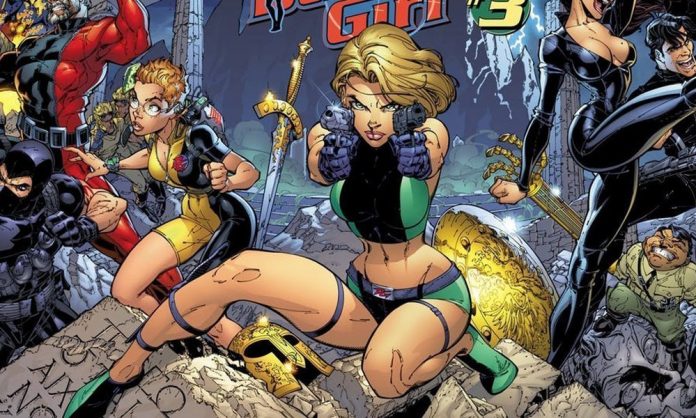 Kick-Ass 2 director Jeff Wadlow is jumping back into the comic book movie realm to direct Danger Girl, a live-action take on the hit 90s comic.

According to THR. “Danger Girl follows the adventures of Abbey Chase, an adventurer who was reluctantly recruited into a secret organization. Chase is then paired with operatives Sydney Savage and Natalia Kassle on a globe-trotting adventure to locate a series of mystical objects and keep them out of the hands of the evil Hammer Syndicate.”

The first issue of J. Scott Campbell and Andy Hartnell’s action/spy comic was released in 1998, but the original run only lasted seven issues.

In the comics, the team mainly consists of three women – Abbey Chase, Sydney Savage, and Sonya Savage – who are equally deadly and stunning. Together they are Danger Girl Freelance Operations Limited and led by a former British Secret Service Agent named Deuce, while also getting help from teenage genius Silicon Valerie. With the series often being compared to Charlie’s Angels, James Bond, and Indiana Jones, it was over seven years ago that talk of a Danger Girl movie began.

Even though Wadlow has joined Danger Girl, it may still be a while before more news arrives. He’ll be working on Fantasy Island up till its February 2020 release, and with him also set to rewrite the script from Umair Aleem, there is still some work that needs to be done before Danger Girl can move forward further.