New information about the Kraven the Hunter solo film hints at the classic Spider-Man villain having a huge impact on the Marvel Cinematic Universe. Kraven the Hunter, whose real name is Sergei Kravinoff, is a big game hunter who decides that the ultimate challenge, in order to prove his skill as a hunter, is to find and defeat Spider-Man. The film was first announced by Sony in 2018, but since then there haven’t been many updates. Richard Wenk, writer of The Equalizer and its sequel, had reportedly been brought on to write the script, and has stated in an interview that Kraven will “come face-to-face with Spider-Man.”

The character first appeared in The Amazing Spider-Man #15 which came out in August 1965, and he quickly become one of Spider-Man’s long-standing archenemies. Kraven is most well-known for the 1987 storyline “Kraven’s Last Hunt.” The story essentially has Kraven hunting and capturing Spider-Man, then donning his costume, in order to prove that he can be the better superhero. Their roles are switched once Spider-Man escapes, and the hunter becomes the hunted. The story is critically acclaimed and believed by many to be one of the best Spider-Man stories ever.

According to an exclusive from The Illuminerdi, a casting grid has revealed details about what Sony is picturing for the Kraven the Hunter solo film. The character is referred to as “a maniacal big game hunter,” a direct reference to the comic book version. But more importantly, the information specifically states that he is hunting Spider-Man. Other details revealed are that they are looking for someone who is a Bourne-type and in their late thirties or forties.

Though Marvel has Spider-Man for two more movies according to the new deal, Sony has started mapping out their cinematic universe’s future, and Spider-Man is heavily involved. We are already seeing hints of this in the Morbius trailer, which featured a surprise appearance from Michael Keaton’s Vulture, who was the villain in Spider-Man: Homecoming. This firmly establishes the upcoming Morbius film as taking place in the continuity of the MCU, a shock for fans and a first for Sony. The company has stated that they intend to keep their Spider-Man Universe separate from the Marvel films, so this relationship may remain one-sided. This would allow anything that happens to Spider-Man in Marvel films to affect Sony’s films, but not necessarily the other way around.

If this character breakdown becomes a reality, Kraven will be directly connected to Spider-Man, who is arguably currently at the center of the MCU. It seems unavoidable that it will influence and shape the surrounding MCU characters, possibly opening up for future appearances in their films. Ryan Coogler stated that he tried to have Kraven appear in Black Panther and was denied, but maybe Sony’s becoming more open to the MCU connection to the Spider-Man Universe. With all this pointing to the adaptation of Kraven’s most well-known storyline, is seems inevitable that we will see “Kraven’s Last Hunt” on the big screen in some form. Whether it will be in a solo Kraven the Hunter film or in Spider-Man 3, as the director Jon Watts wants, we will have to wait and see. 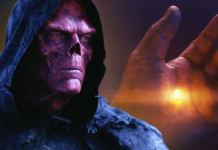 Venom 2: Tom Hardy and Woody Harrelson Share a Laugh in...