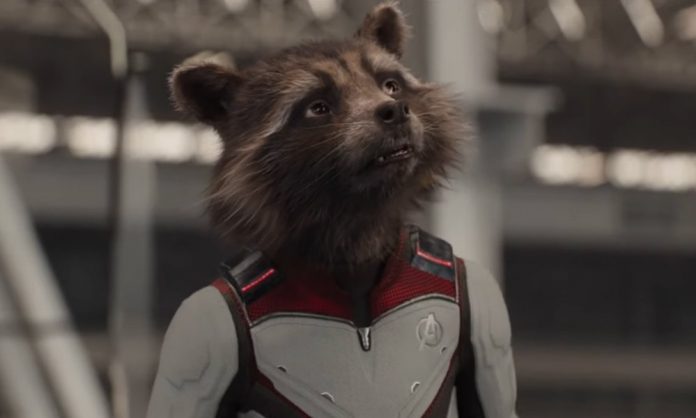 A new leaked Avengers: Endgame TV spot has surfaced on YouTube. While the majority of the spot remains the same as previous marketing efforts, there are a handful of new shots, including the hilarious “puke” question previously included in the footage at a Disney Investor’s Meeting last month.

In addition to that, fans are treated to two new shots of Captain Marvel (Brie Larson), one of her on the ground and another as she’s zooming through space with her mask and mohawk, a shot that’s not unlike the one included in the massive third act space battle in Captain Marvel. Last but not least, the final new shot is everyone’s favorite Avenger Hawkeye as he’s apparently zooming along in a spaceship at light speed.

Out of all the new shots, the one that’s most peculiar is Hawkeye in space. While the initial scene of Captain America (Chris Evans), Black Widow (Scarlett Johansson), and the team going to space, the Hawkeye shot would have to be later in the movie, after the group is able to track him down in a post-Infinity War world.

(LeBron James Struggling to Get Players Involved in ‘Space Jam 2’)